May 14, 2016 saw the crews of four Seawinds get together at the Crab Claw in St. Michael's MD for an excellent seafood dinner and even better conversation. 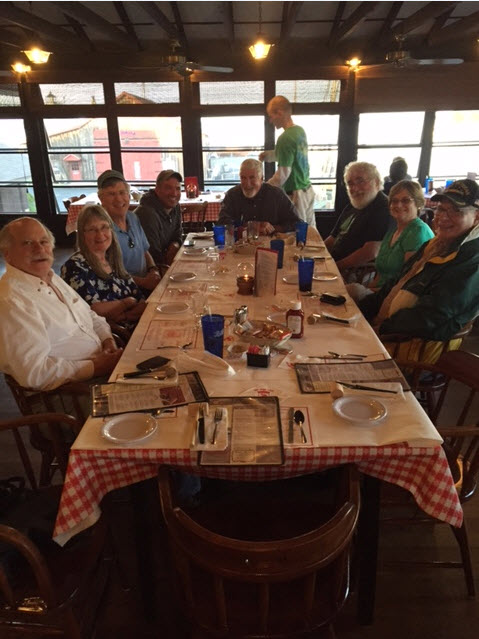 We've had lousy weather for a long time, and, though the day started very nice, a blow came through just as John and Ken were anchoring.

Some of us visited the new (and tiny but fascinating) Lyon's Distillery; others visited the Maritime Museum, and all agreed we needed to spend more time together and get more boats together.

Eric will be off on his northern adventure aboard Meander in a matter of weeks, destined to Scotland with hopes of spending his 70th at 70 north.